A Scrap Of Notebook Paper

This a common trick on realistic space web designs featuring offices or workspaces. The tutorial itself is incredibly detailed, but also leaves room for your own creativity.

Created over as PSHero, this tutorial is perfect for beginners to really learn something useful in Photoshop, by creating something as specific as this paper, but also picking up vital Photoshop techniques along the way.

In the tutorial, the “Hero” goes over how to properly prepare an image like this for the web, so it can look high-quality and as real as it gets. Image preparation is something that every designer needs to know, and this tutorial example is a great overview.

Go make your own scrap of notebook paper now.

Who needs a printing company for promotion when you just have Photoshop? This stylish button is another of PSHero’s great tutorials. Easy for beginners, but advanced and unique enough for any Photoshop user level.

While this button represents a political button for a typical campaign in America, the process is transferable for any colors and shapes â€” and can be created with any style of flag, symbol, or image.

This tutorial was made with a single set of layer styles, making it a simple and quick process–a great addition to any page or web design.

This tutorial is great for designs with an old, and even grungy feel. Even though it’s grungy, it also has a classic look.

This tutorial uses few layers and the pen tool. The pen tool in Photoshop is often the toughest tool to use for Photoshop beginners, and this simple wax seal is a great way to get step-by-step practice.

This tutorial is also easily customizable, and you can find your own image to embed in the center, along with your own color scheme. For the rest of the background, PSHero offers great graphic design tutorials for creating paper textures.

This type of image is becoming very popular in web design, and PSHero shows you exactly how to do it. Hang it in the corner of a web design to place a logo, or declare a special or update.

The great thing about this tutorial is some of the techniques used in it. This a tutorial that shows how PSHero takes a basic template from a real life object. This technique can be used in other aspects for any designer who would like to create their own custom Photoshop pieces.

The tutorial is customizable with your own logo or text, so whether it be just for practice, or to actually use the tag in a design, it’s a great tutorial to reference.

Vintage and grungy are two popular design trends right now, so this type of tutorial is quite popular. Create a vintage 50’s letter, with custom text for your own design.

This tutorial covers many of Photoshop’s need-to-know features: brushes, shape tools, layer styles, blend modes, along with some intermediate techniques. It is easy to follow, yet provides advanced technique for those wishing to take their Photoshop skills to the next level.

The texture in this tutorial is beyond amazing for a computer document; just take a close-up view at the final result on the tutorial page. Because it produces such high-quality, the outcome of this tutorial could be used for many different things, not just in web design.

Create a Realistic Blueprint Image From a 3D Object

Photoshop’s 3D feature is often overlooked in the world of graphic design, but this tutorial shows a perfect example of how to use it to create a stunning blueprint image.

This tutorial also goes over how to place the created blueprint image in a real setting (this example being the table and surrounding area), and adapting the blueprint image to the environment.

This tutorial is easy for beginners to follow, yet it uses a lot of the tools I had to use in my advanced Photoshop class. Getting through this tutorial and learning the techniques will increase almost anyone’s Photoshop skills.

I figure there’s enough Photoshop tutorials for creating iPods and other modern day mp3 players, but why not relive the 90’s?

This Photoshop tutorial is image heavy and very easy to follow. With a CD player being a common object lying around, this would be a great classic addition for a realistic space web design of a bedroom or office space.

For Photoshop beginners, this tutorial is great for practice with gradients and other techniques of adding depth to an image.

How to Make Real Compact Disc

To go along with our realistic CD player, we need a realistic CD. As you can see, this tutorial uses similar lighting effects as the vinyl record below.

This tutorial is easy to follow and will go over a bit of transparency/blending modes, filters, lighting effects, and the transformation tool. Great technique for advanced users to learn, and great for beginners needing a step-by-step introduction to some of these Photoshop features.

This would be a really cool and realistic addition to a web design with a realistic space.

Creating a Vinyl Record In Photoshop

Let’s go back in time a bit more and create a vinyl record in Photoshop.

The great thing about this tutorial is that it uses a few filters, so anyone unfamiliar with them can get some practice. Even for those who aren’t new to Photoshop, a new use of some of the filters is a greatly appreciated technique.

Included in the tutorial is also some other great techniques for texture and lighting. They are specific to the tutorial, but knowledge of them can be easily transferred to other realistic objects created in Photoshop.

This tutorial is a great option for vintage or retro web designs.

This one’s pretty cool: a realistic outer space scene in Photoshop. This tutorial does not use any image references — just Photoshop filters, lighting effects, and blending modes.

Because it only uses Photoshop, it is great for the ultimate customization from the designer. With this tutorial, a designer can create a scene specific to their own design needs.

This tutorial is great for any Photoshop user that would like a better understanding, or learn new techniques, for filters and blend modes. 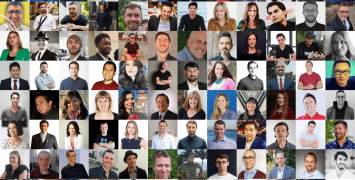 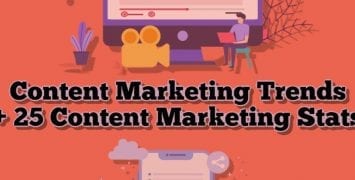 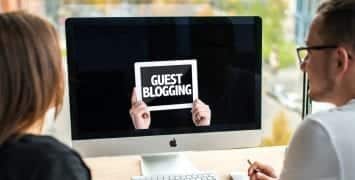