Google is enabling traffic laundering, where websites with pirated content redirect visitors to shell websites displaying AdSense ads. These ads finance piracy, and Google is taking a cut in the process. Google clients have no clue of the reputational risk they run by using AdSense.

The automatization of ad placement happened at the expense of control and due diligence. This created a market for low-quality traffic, dominated by traffic brokers. The new layer of intermediation in the system made fraud harder to detect.

A simple example of how an illegal streaming website monetizes its traffic through AdSense shows how Google is behind the curve in preventing fraud.

Google and the rest of the ad tech industry are putting their clients’ reputation and brand image at risk and directing ad budgets to shady and illegal websites.

The online advertising industry’s expansion into subprime ad space and automated ad placement has put themselves in an internal position. It’s time to differentiate between the good, the bad and the ugly.

The automatization of ad placement has created a market for low quality and fraudulent traffic, run by traffic brokers

The rise of ad tech since the early 2010s, by enabling more and more websites to sell their ad space, has created a demand for traffic from these websites. Traffic brokers emerged (Chart 1), buying traffic that couldn’t be sold to ad tech or AdSense, and reselling it to… someone else. The idea was, if you buy traffic cheap enough, and resell it for more, you could make a living. The highest bidders, namely ad tech companies and AdSense, were at the end of the value chain.Chart 1: Long term news flow for “ad tech” and Taboola, Revcontent, Outbrain and Contextly

By design, traffic brokers dealt with low-quality traffic, because anything high quality could be sold to AdSense. Long story short, this meant bots and fraudulent traffic: people that were served pop-ups, misleading links, inside frames, and the like (Chart 2).Chart 2: Long term news flow for traffic brokers, and fraudulent/fake / bot traffic

The unintended consequence of traffic brokers was that by spreading outgoing traffic among multiple websites, and not telling where a visitor came from, they made it much harder to detect fraud and bots. A website could send millions of bots through a traffic broker’s network, and these would be dispatched through thousands of websites, mixed with a natural flow of human visitors, and turn into nothing more than noise. Another website could attract visitors with illegal content, such as online movie streaming, and resell them to other websites in the network, by hiding the original point of entry of this fraudulent traffic.

A real-life example of how an illegal website monetizes its traffic thanks to Google’s AdSense, without even infringing Google’s policies

In a September 2013 document titled “How Google Fights Piracy”, the company outlines its anti-piracy practices. A shorter version of the document has been posted by Fred von Hohmann

One of the three major points of the document is “Follow The Money”. It states: “When it comes to rogue sites that specialize in online piracy, other anti-piracy strategies will have limited effect so long as there is money to be made by their operators. As a global leader in online advertising, Google is committed to rooting out and ejecting rogue sites from our advertising services, to ensure that they are not being misused to fund these sites.”

In all appearances, Google is fighting piracy by removing infringing results from a search, and by banning infringing websites from its AdSense program.

For instance, if you click on the first link with the “man nostalgic for the 1990s”, the browser opens a new tab to a generic article on fundailyfeed.com, and surprise! It’s full of AdSense ads:

From time to time, visitors will click on these AdSense ads, and fundailyfeed.com will get paid by Google for the click. This “traffic arbitrage” works as long as revenues generated from AdSense clicks are higher than the cost of attracting visitors through Natively.

fundailyfeed.com is a fake website. The profiles of its “contributing authors” are illustrated by stock photos, and its content is vague and useless. However, it has passed Google’s controls to become an affiliate of the AdSense network, in particular the “Low value content” rule of Google’s Abuse of the Ad Network policy.

The scheme for this traffic laundering, and ad money flow, is summarized below:

Google has recently filled the Internet with its PR about how revolutionary its artificial intelligence is. Google’s algorithms are now capable of beating humans at the game of Go. And yet, they apparently aren’t able to look into my browser history to realize that I came to a Google Network affiliate from a website specialized in piracy, through a traffic broker.

The Digital Citizens Alliance, a non-profit focused on Internet safety issues, estimated that websites specializing in pirated content raked in $227 million in ad revenue in 2013. That was three years ago when automated ad placement and ad tech was only in its infancy. God only knows the extent of piracy ad fraud today.

Every intermediary is taking a cut in the process. In the end, Google AdSense is the go-to guy to monetize all this shady traffic. Ultimately, Google’s clients pay for everything.

The worst part is that this whole scam is, technically, in accordance with Google’s own policy. The ads are not served on websites with infringing content, and the shell website that hosts them has just enough content to pass the “low quality” test. Maybe that’s why they have been running since July 2015, siphoning AdSense’s client’s ad budgets for the benefit of shady intermediaries and pirates.

Google and the rest of the ad tech industry are putting their clients’ reputation at risk, and hurting their brand image

Horoscope, a website specialized in market risk and security threats from the global black market, estimates that the larger piracy websites rake in over $4 million a year in revenue from advertising. They are the last link of the chain; Google AdSense must see much bigger amounts flowing through its system, and does nothing but taking a cut.

By placing ads on shady websites, Google is playing with fire. We have researched this piece from Paris, France. When we were redirected to fundailyfeed.com (the shell website described above) from thewatchseries.to, we were served by AdSense-powered ads for SFR, a major French telecommunications company. Or this ad for IBIS, part of the AccorHotels hotel chain.

This the end-game scenario. The subprime online ads bubble will go on, for as long as advertisers keep pouring ad budgets into automated ad placement, without asking for detailed reports of where the money is going. But when they realize the shady and criminal activities they are financing, they will stop, and the bubble will pop.

It wouldn’t be Google’s first SNAFU. Back in 2011, Google settled with the Feds over illicit pharma ads, writing a check for $500 million. Here’s an excerpt:

When the sting began in 2009, Google had in place policies designed to block illicit pharmaceutical advertising. Whitaker’s orders were initially rejected under those policies. But Whitaker says Google sales reps helped him tweak his sites to skirt the rules.

“It was very obvious to Google that my website was not a licensed pharmacy,” Whitaker told the [Wall Street] Journal. “Understanding this, Google provided me with a very generous credit line and allowed me to set my target advertising directly to American consumers.”

This traffic laundering scheme is but one of many misdemeanors rooted deeply in the ad tech ecosystem. The rise of ad exchanges and automated ad placement has multiplied the number of intermediaries, and made ad placement overly obscure and complex. If Google knows about this scheme, but still lets it happen, it’s stealing from content creators. If Google doesn’t know, then it steals from its clients, by directing their ad budgets to criminal activities, and Google’s whole PR about how intelligent its user profiling is, is a scam: Google is just placing ads randomly on the Internet and lying that it knows what it’s doing.

The good, the bad and the ugly of the online advertising industry

Advertising is about creativity. For decades, artists and marketers have created ad campaigns that made or broke products and companies.

The rise of ad exchanges, real-time bidding and programmatic buying of ad space has opened the field for geeks and analytical types. The new ecosystem makes it look like an ad campaign is all about algorithms and data. It does have huge and legitimate benefits for a lot of people, as millions of independent content creators can make a living by monetizing ad space on their websites. Ads are a necessary evil if we want to keep the Internet free. However, we need proper controls, and better awareness of the system’s shortcomings. The fraud and misdemeanors will only grow with time if we keep pretending that everything’s fine.

There are still people who are doing an outstanding job, taking care of their clients, tracking and reporting the ways their ad budgets are being spent. The efficiency of ad exchanges is overblown. User experience is paramount, as content producers are at risk of losing their visitors when they give the advertisers the keys to their website, and these get filled with slow-loading ads and popups. Advertisers’ clients should ask for a paper trail of where exactly their ads are being displayed. They should be aware of the rise of bots, viewability fraud, fraudulent traffic and the reputational risk of advertising on shady websites.

Advertising intermediaries in return, should take the high road, and focus on performance, quality, and accountability. A crash is coming, and those who are now chasing the easy dollar will be wiped out.

This piece is a follow-up to our first article Google: End of the Online Advertising Bubble. We have received an amazing amount of interest and feedback, and we felt like we needed to do more than outline the conceptual shortcomings of the system.

We also felt like we only did half of the job. In The Big Short, Michael Burry realizes that the subprime mortgage market is doomed, but he can’t really explain why. Only a few insiders share his opinion, while everyone else thinks he’s crazy. It’s only when Mark Baum discovers the abandoned homes covered in weeds and alligators swimming in the pool, that the spectators realize that something’s very wrong.

So here’s your smoking gun. 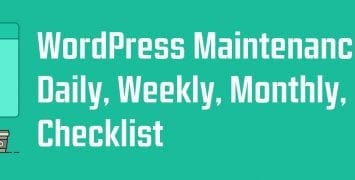 WordPress is a great hosting platform that makes it easy for users of all skill levels to create a home on the web. People who blog as a hobby get as much out of WordPress as more advanced developers do 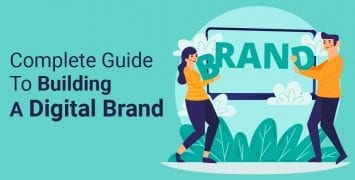 You’ve heard of the Bronze Age, of the Middle Ages, and likely, the Nuclear Age. The age that we are in now is known as the Information Age and has been since the early 1970s. However, it is also true that this particular era can be known as the Digital Age.

Everywhere we go, everything we do, we are bombarded with digital, digital, digital. The Digital Age pervades all aspects of our life, to the point where brands can be built solely online.

In fact, if you are a business owner or trying to set up a brand and you don’t have a digital presence, the odds will not be in your favor in terms of success!